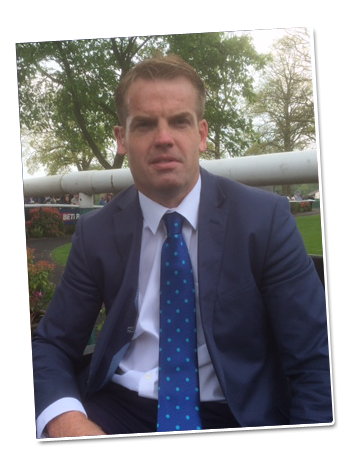 I do not have a horse racing background, and wrote the first edition of One Jump Ahead at the age of 18. Following three years at Manchester University, where I studied for an honours degree in History, I have made regular contributions to the Racing Post Weekender and the Racing Post 10 to Follow publications.

I am now a regular guest on Racing UK (Sky channel 432) and, prior to that, Attheraces I. Mark Howard Publications is based in Kirkby Lonsdale in Cumbria. Since May 2006, I have written the weekly Trainer File and Borderer columns in the Racing & Football Outlook newspaper. In July 2008, I started writing a regular column in The Irish Field.

Despite writing publications for the Flat, I do have a preference for National Hunt racing.

The idea of my publications is to unearth or spot potential in horses which has not been previously written or talked about in much depth.

In terms of jump racing, this usually comes in the form of bumpers or novice hurdles, whilst on the Flat, it is usually found in two year old maidens, particularly towards the backend of the season. I have been fortunate enough to build up an invaluable set of ‘contacts’ under both codes, which of course makes my job considerably easier.